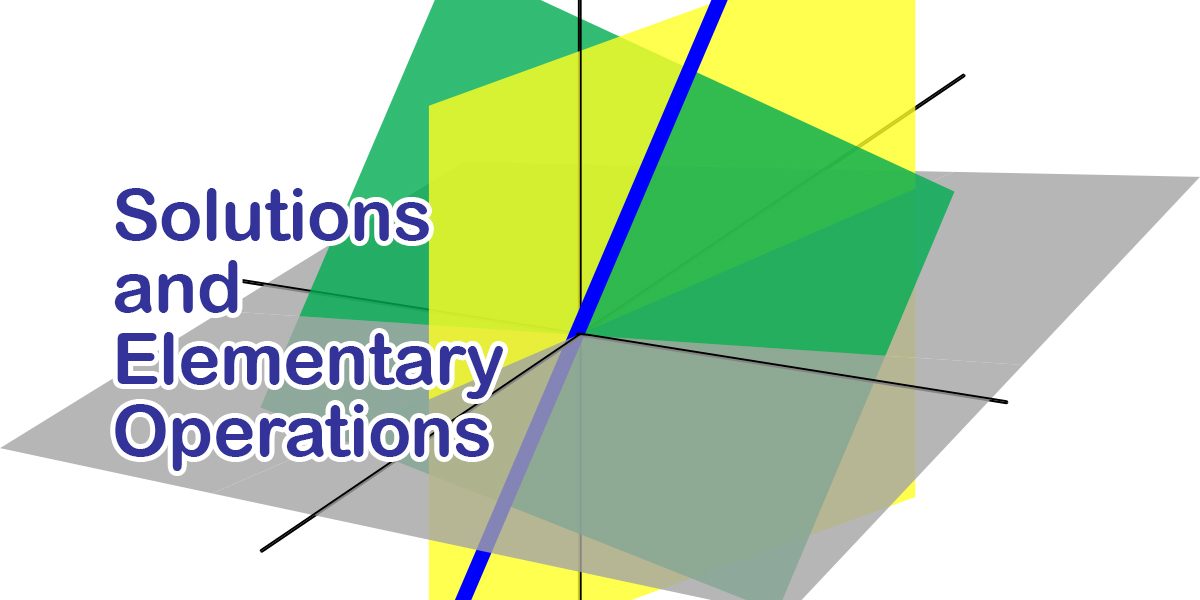 If a, b, and c are real numbers, the graph of an equation of the form

is a straight line (if a and b are not both zero), so such an equation is called a linear equation in the variables x and y. However, it is often convenient to write the variables as x1, x2, …, xn, particularly when more than two variables are involved.

An equation of the form

that is, if the equation is satisfied when the substitutions x1 = s1, x2 = s2, …, xn = sn are made. A sequence of numbers is called a solution to a system of equations if it is a solution to every equation in the system.